Protect Geprags Park is a citizen group that came together to oppose the construction of the VGS ANGP pipeline through a public park in Hinesburg.  After learning a lot about pipeline construction, and aware of the reckless nature of VGS project, the group turned attention to safety concerns, and is now challenging the pipeline in a case before the Public Utility Commission that began when Vermont Gas admitted to having buried the pipeline too shallow in an area in New Haven.

What happened at Geprags Park? 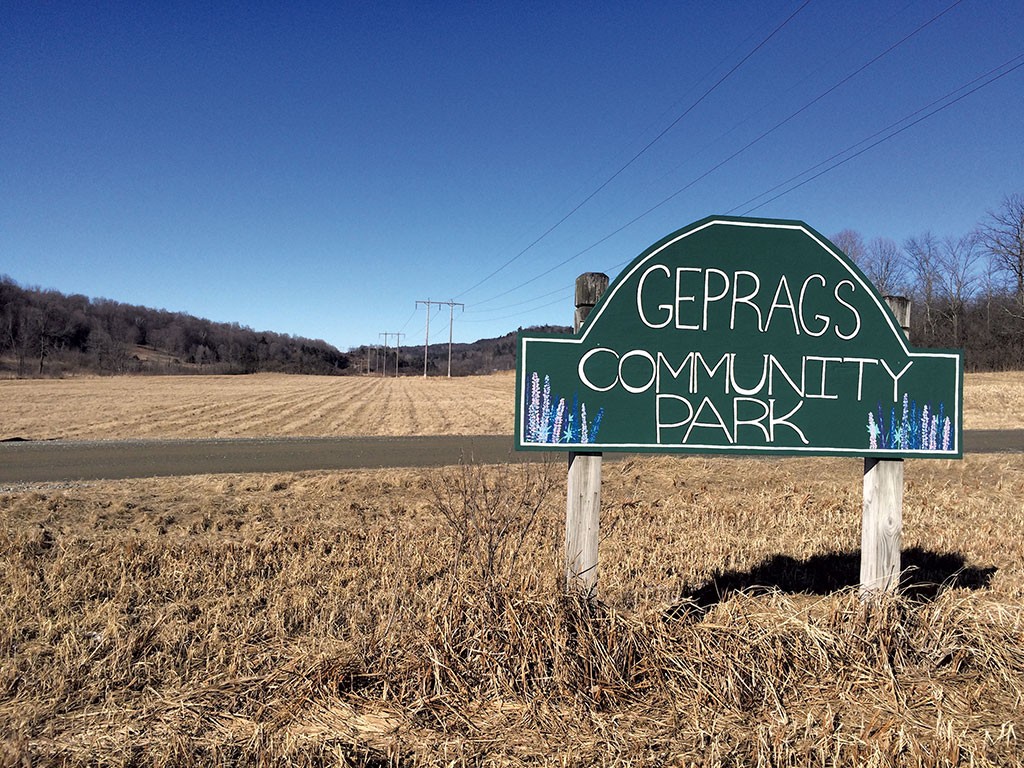 Geprags Park was donated to the Town of Hinesburg in 1991 with a covenant that the land be used only for `educational and recreational’ purposes.  For over twenty years its use was devoted entirely as a nature preserve and for hiking.

However, in 2014, the Hinesburg Selectboard reached a `secret’ agreement with Vermont Gas (VGS) not to oppose its `taking’  of an easement, by emminent domain, through Geprags Park so that VGS could complete its Addison Natural Gas Project pipeline. In exchange, the Town of Hinesburg was to receive $75,000 in compensation.  The deal was `secret’ because the only people who knew about it (and were responsible for it) were two of the five Selectboard members (including the Chair), the Town Manager, VGS reps, and the various attorneys involved.  In other words, the Selectboard never voted to approve the agreement, either in public hearing or even executive session (in blatant violation of the VT Open Meeting Law),

In February of 2016, when this secret and highly illegal agreement first came to light, our group forced the Selectboard to retract it, and then successfully intervened in VGS’ emminent domain proceeding before the Public Service Board.

Because of our intervention, and with the help and cooperation of the Hinesburg Conservation Commission (which had been given managerial authority over the Park), we were able to obtain, on behalf of the Town, a much better deal – even though we opposed any deal at all!  Instead of receiving $75,000 in compensation, the Town was to receive $250,000.  More important, instead of trenching through the most valuable wetlands area of the Park (the existance of which wetland area VGS had originally denied - to the public, to ANR, and to the PSB), VGS was forced to agree to do independently monitor

Protect Geprags Park got a “better deal” for the town of Hinesburg, but still opposes transmitting highly dangerous fracked gas through Vermont. We challenged the PUC decision to allow HDD installation of pipeline through the park in a VT Supreme Court appeal.  We lost that appeal, though one judge expressed, in his dissenting opinion, that this case sets a precedent that does not bode well.
We've now turned our attention to safety concerns, and we're now challenging the pipeline in a case before the Public Utility Commission that began when Vermont Gas admitted to having buried the pipeline too shallow in an area in New Haven.

Find More Information in the Archives